Leaving the Ajax academy was a though period, but accepting that life is unpredictable and at times, out of control, allows you to move forward. It has opened new doors and brought me to where I am today.

Who or what inspired you to become an athlete?

Ronaldo Nazario DeLima. As a little boy I saw him play football on TV and I was immediately sold. His style, which combines speed, technique and purposefulness, was like magic to me. The great thing about him is that he came back after rehabilitation from a serious knee injury and won the title for Brazil at the 2022 World Cup. He never gave up and that’s something really inspiring to me.

When did you first realize that you were talented and wanted to be an athlete? What made you choose to pursue that talent?

The first time I realized I had talent was when I was spotted by my neighbor's uncle. He was a football coach and asked my parents if I could play in his youth team. During my first game in a team, I scored six goals and didn't stop scoring after that. I then ended up in the youth academy via the Ajax talent days. After a months-long program, only three (out of three thousand) boys from my age group were accepted for the program.

What sports performance are you most proud of?

My winning goal in the play-offs for qualification for the UEFA Futsal EURO Championship in 2014. After 9 years of absence from a final round. At that moment I made Dutch Futsal history.

What challenges did you face and how did you overcome them?

I had to leave the Ajax youth academy and to see that reflected in a documentary was tough. Years later, I still got addressed about this. That was a tough time. I actually wanted to stop playing football. But the support and love from my family, friends and football was great and helped me get back on track.

Which sports person is a true warrior (hero) to you?

Besides Ronaldo, Lebron James is a real sports hero to me. From his teenage years the bar was set very high by the media as he was constantly compared to Michael Jordan. He exceeded every expectation. I find his social initiatives to offer children from poor neighborhoods opportunities (such as his own ‘’I Promise School’’) even more commendable than what he shows on the basketball field.

What do you think is the key to becoming a successful athlete?

That you get the most out of your born talent. Talent is the means, but all the peripheral matters surrounding it (healthy eating, drinking well, sleeping well) are even more important. If you make that combination as an athlete, then you have the formula to achieve greatness.

What was the best advice you were ever given in your sports career?

A saying I learned from a trainer: ''Look less through the window and more through the mirror''. This means that you should mainly look at what you as an individual can improve on your performance instead of putting the blame on your teammates and coaches.

Can you describe to us your current training schedule? What do you do in your training that you think is key to your success?

On average I train four times a week with the team. In addition, I train three times a week with a personal trainer to improve my strength, explosiveness and flexibility. Because of this I indirectly work on injury prevention. The competition is getting younger and this ensures I am fit and be able to compete.

What are your favorite exercises and best training tips?

or: What exercises do you recommend to people who are striving to become where you are now? (= training tips) Why?
I really like explosive exercises of any kind. It helps me to stay on top of my game. My recommendation is that you should especially look at which exercises are important for your specific sport and/or position and dedicate some of your training on that, so you become better at what you do.

What kind of diet do you prefer & do you always eat healthy food? How important is this to you as an athlete? Do you use supplements?

I vary in my 'diet', if I follow a diet it is mostly temporary. What I'm trying to do is eat vegan for 2-3 days in a week, and depending on the futsal season, see if eating carbohydrates is useful. On training days I eat carbs and on non-training days I don’t. On those days my protein intake is higher. I mainly use magnesium, Energy Water and Nutrition Water from Victus.
What sacrifices you made did you think were the hardest to make in your career in sports? How do did you stay motivated?

I completely gave up soccer at 18 years old to pursue a career in futsal. I have never regretted his decision.

If you could choose another sport to be great at, what would it be?

Tennis, it seems really interesting to me to do a sport where you are completely dependent on yourself in relation to your performance. I think the experience of success and failure are much more extreme and mentally you need to be very strong.

Do you have a favorite workout song/playlist or mantra (motivational quote)? And is that playlist public?

I already gave the quote. The playlist is not public and I keep it to myself ;)

What are your goals for the coming year? Any other interesting future plans that we should know?

My goal is to become national champion with my club this year. I also have plans to start my own futsal school in the new year that has an impact on both social and sporting areas. The preparations for this are already well underway.

Where do you picture yourself in 15 years, and what have you accomplished by then? Choose your words wisely, because we’ll hold you to it.

In 15 years I will have a thriving company that uses sport as a means to inspire young people to discover their own potential and talents, whether that is sports, art, fashion or anything in between. 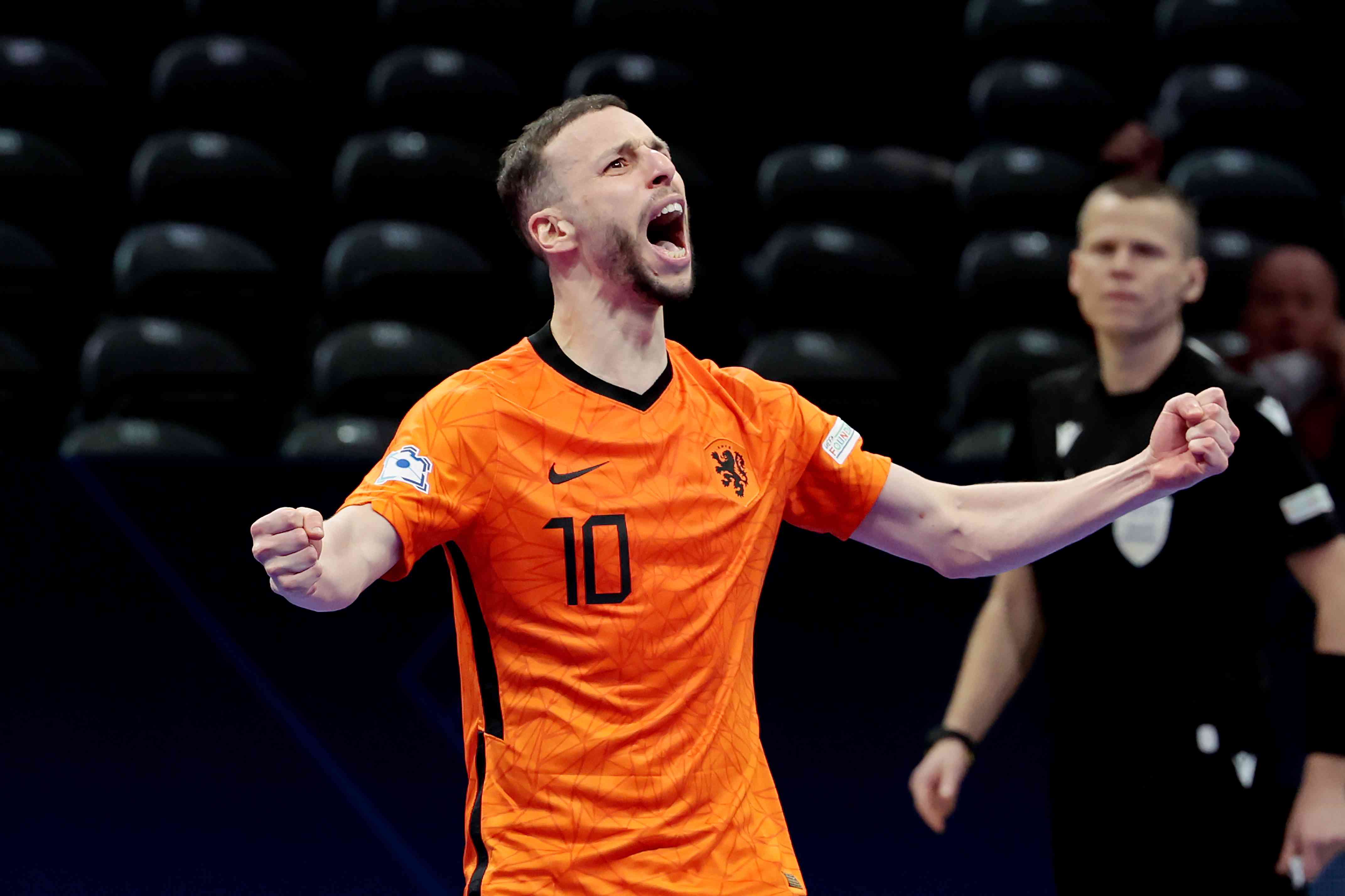 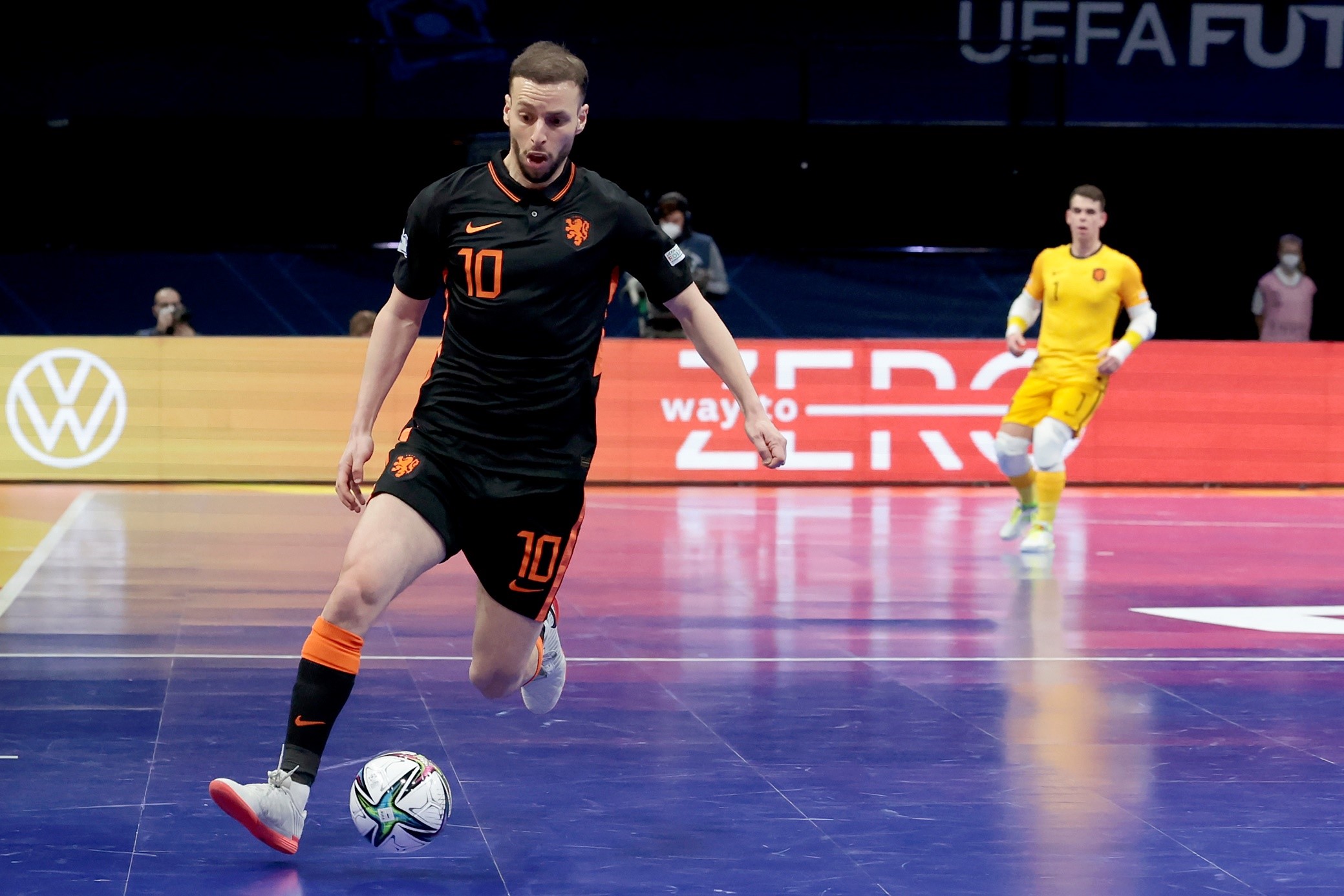